The Motorcycle Action Group (MAG) is looking forward to a meeting with the Mayor of London, Sadiq Khan, to discuss questions regarding environmental fairness, crime and road safety regarding motorcyclists in the city. 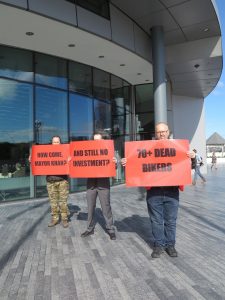 ‘AND STILL NO INVESTMENT?’ 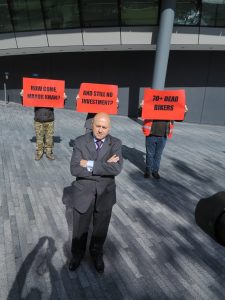 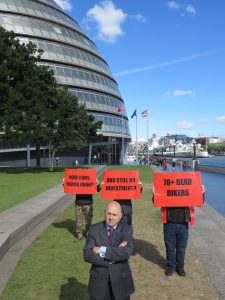 Tim Fawthrop, the Motorcycle Action Group’s London Representative, says: ‘compared to cyclists, four times more bikers died on London’s highways in 2016   with 9 cycling fatalities versus 36 fatally injured motorcyclists. But, while the authorities invest £154 million per year on cycling, there’s almost nothing being invested to make roads safer for riders. They’ve even narrowed the lanes to prevent or deter ‘filtering’ between lines of stationary traffic by riders – though this is a perfectly legal riding activity, reducing congestion and pollution for everyone by keeping motorbikes out of queues.

‘On top of this, they threaten us with new charges on older bikes which, by TfL’s own figures, produce almost no pollution at all, and are essential transport for the least wealthy who depend on them to get to low-paid jobs, maybe including at City Hall to clean the Mayor’s bins. So we’re truly grateful to Keith Prince for getting a meeting for the riding community with the Mayor – and we thank Sadiq Khan for agreeing.’

Keith Prince highlighted the issues facing riders in his contributions at Mayor’s Question Time. Afterwards he said, ‘I’ve now spoken with the Mayor and his staff and this meeting will go ahead. We just need to approach it with logic and evidence and seek to ensure the Mayor can see the benefits of a positive approach towards riding. I think he’ll do that if we ourselves show a cooperative attitude.’